Blog > Recent Events > Rock-N-Roll Marathon | AV Vegas Las Vegas Strip Staging
November 18, 2018
AV Vegas was once again proud to be selected as the provider for The Toyota Rock ‘n’ Roll Las Vegas Marathon & ½ Marathon featuring one mile of stages on the Las Vegas Strip providing complete Event production, Sound System, Lighting System and concert technicians.
LAS VEGAS — The Toyota Rock ‘n’ Roll Las Vegas Marathon & ½ Marathon celebrated 10 years on the Vegas Strip on Nov. 11, 2018. welcoming 40,000 registered participants traveling from all 50 states and 86 countries (and about 60% of the participants are women). The event also featured a brand-new start line festival for runners and spectators on Harmon Ave. one block east of Planet Hollywood. Billboard, VMA, and Grammy nominated indie-electro group, Capital Cities headlined the 2018 Toyota Rock ‘n’ Roll Concert Series.
As the only private event to shut down the famed Las Vegas Strip, it’s a unique opportunity for marathoners of all backgrounds. With a start just as the sun is setting, the race comes to life under the lights of Las Vegas. Even when the course moves off of the Strip, music and lights kept the runners company all the way back to the finish line.
This year’s winners for the men’s and women’s full marathon were Tommy Puzey of Flagstaff, Arizona and – in her first ever marathon – Hannah McInturff of Salt Lake City, Utah.
Source: LVCVA
Photo: KISS Stage

What can I say – you guys just accomplished the unthinkable this weekend…
• Ozomatli VIP Party at the Hyde…..
• Full Main Stage production for Ozomatli at the 5k…
• Full lighting rig for Capital Cities Headliner….
• 1 Mile of Music for Saturday 5K….
• 15 course stages of full production from the Las Vegas Welcome Sign to Fremont Street….
• 1.5 miles Full Production for the Marathon loop through World Market tents (looked great from the freeway by the way!)
• 1 Mile of Music on Las Vegas Strip…..
• DJ Secure Zone Production…..
• …and throw in a last minute sponsor activation for Fit Bit on the course…did I miss anything?

You and your team just completely KICKED #$$ this weekend. I cannot put into words how grateful we are to have such a competent, caring and professional production partner like we do with AV Vegas. The timing and logistics involved in this massive 26.2 mile monster is daunting. You and your crew continue to amaze us with just how easy you make it look.

Please express our sincere thanks to each and every one of your crew for a Job Well done….. 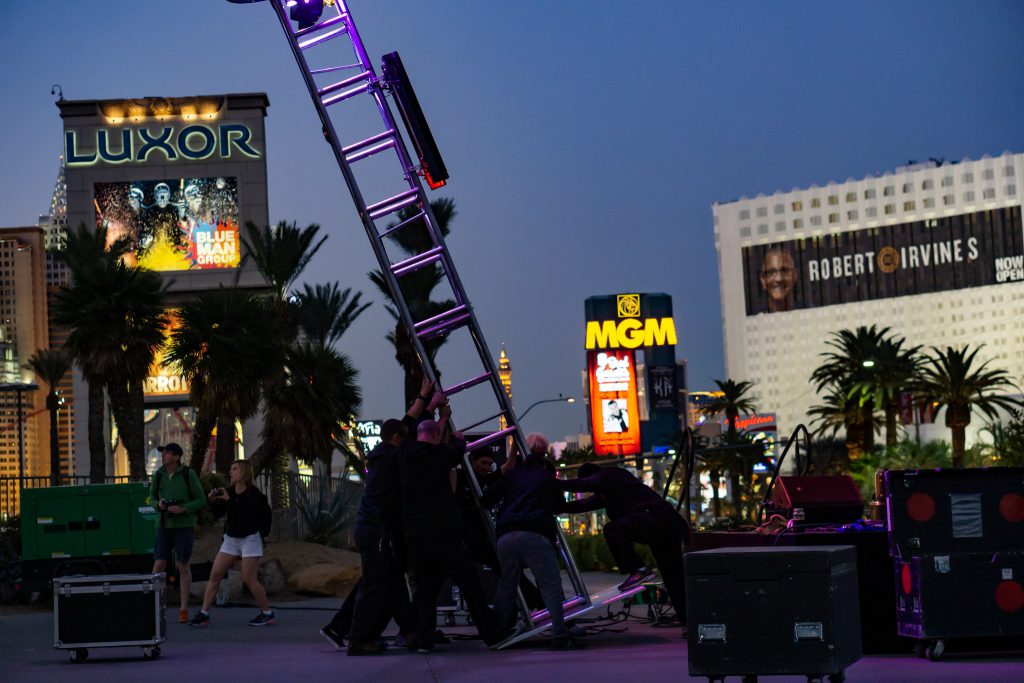 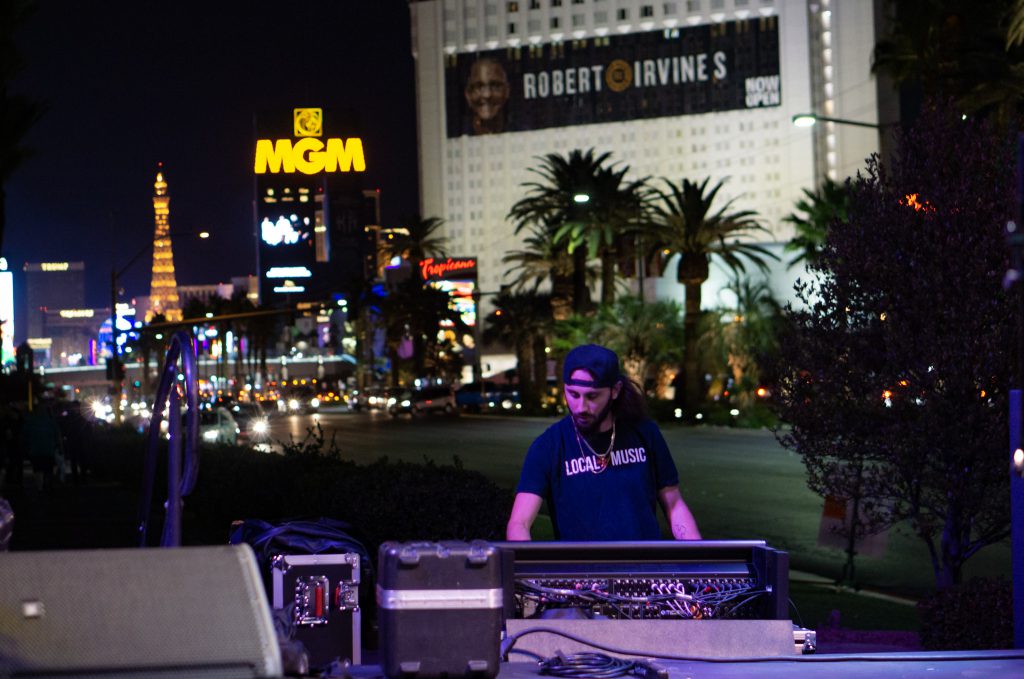 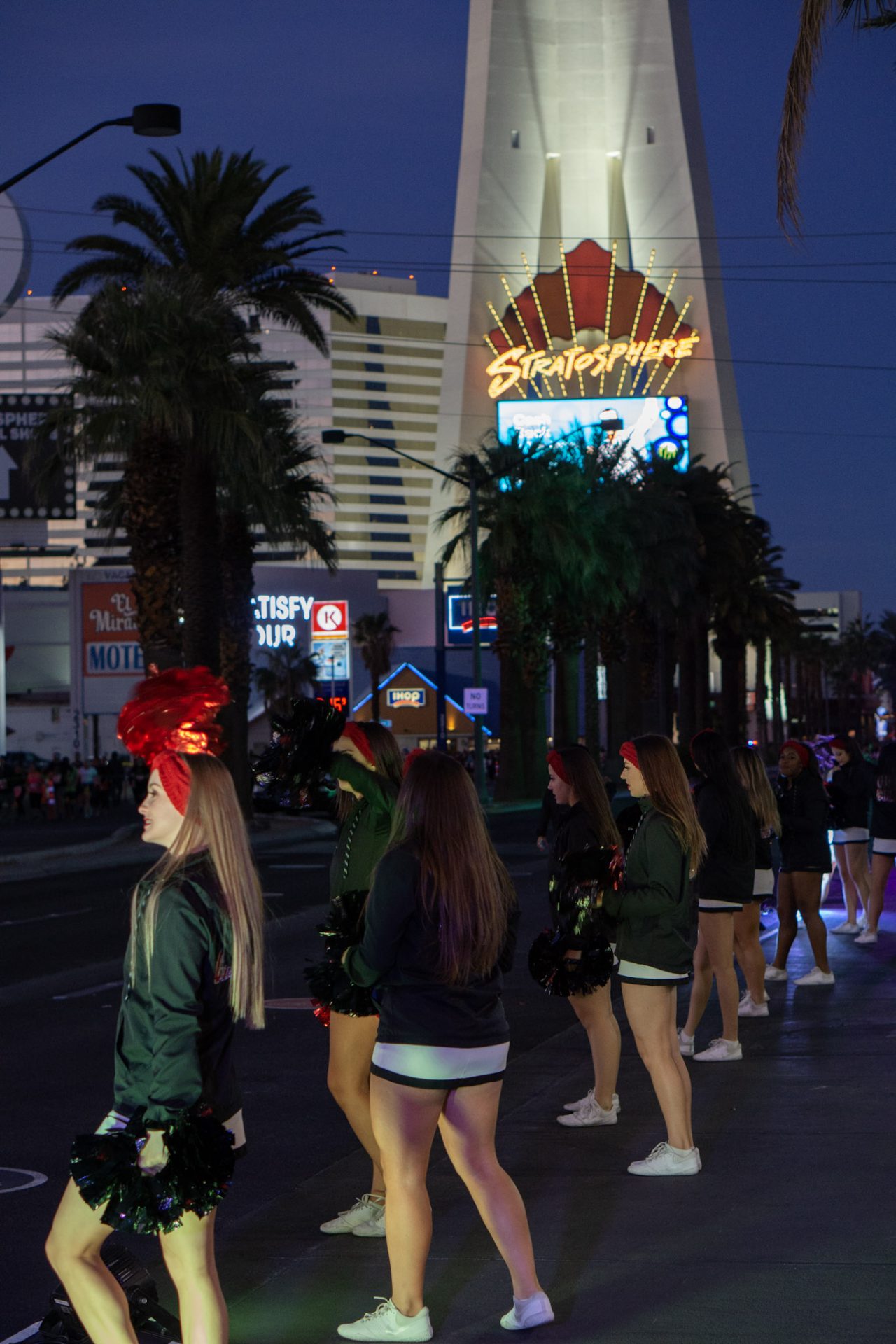 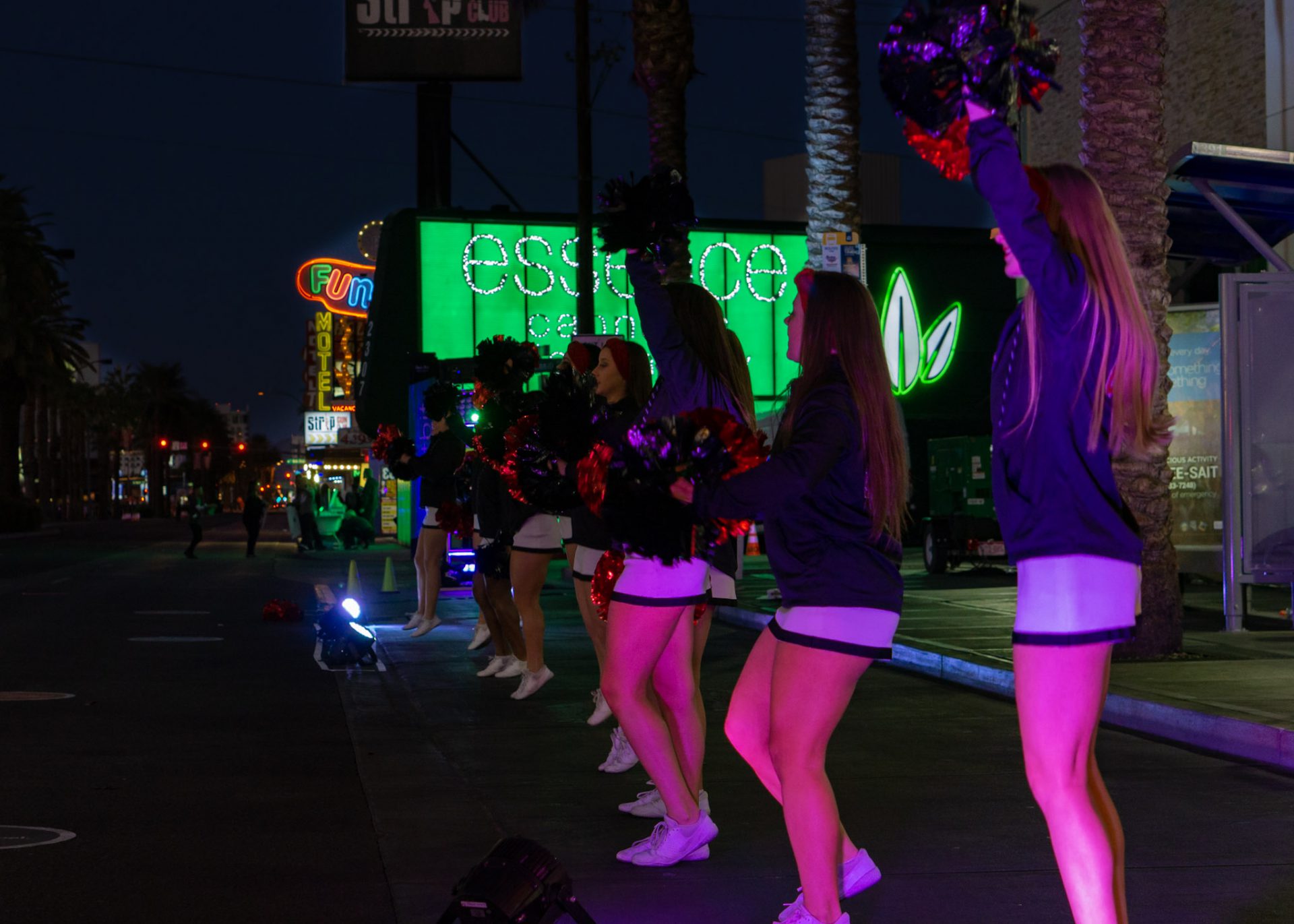 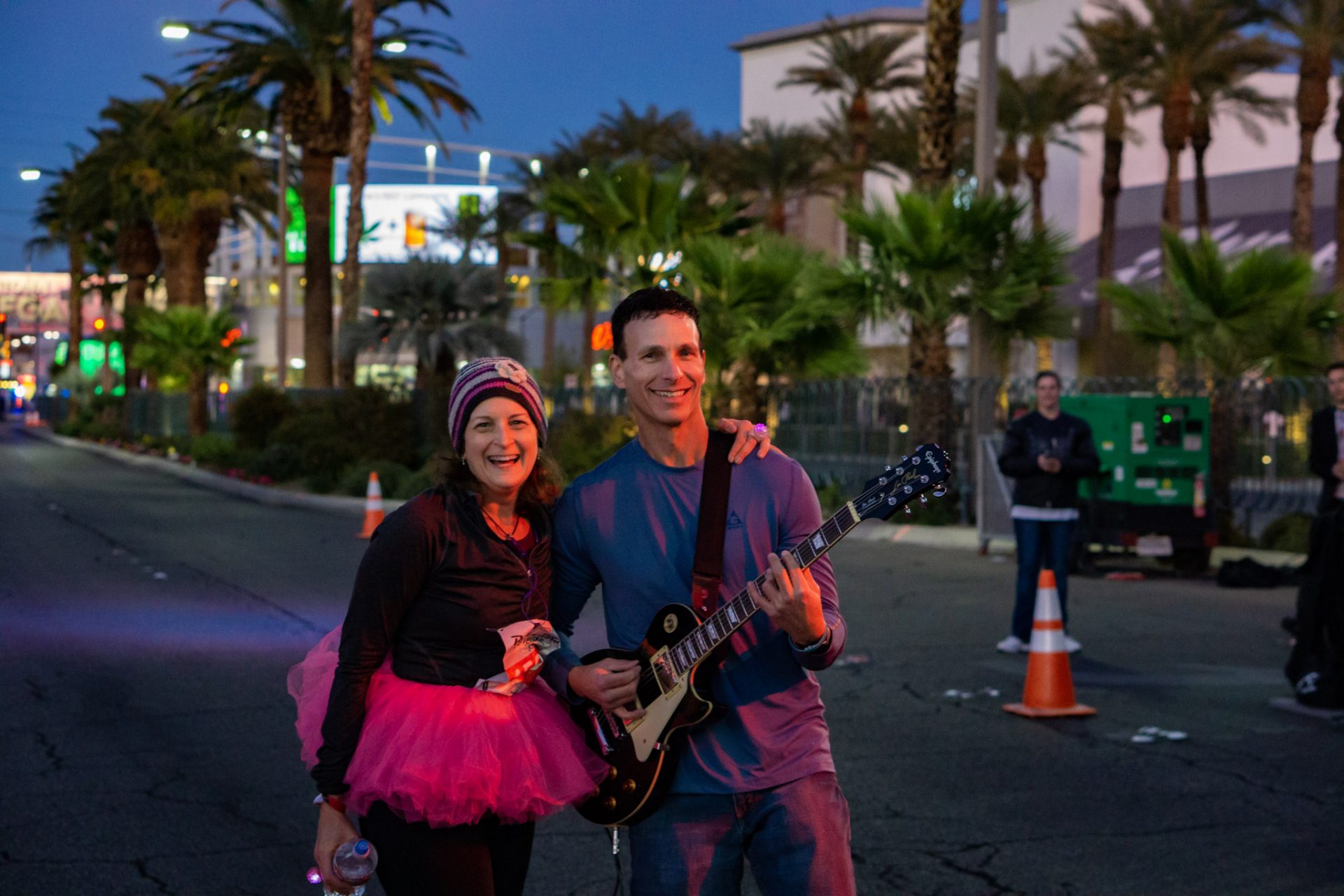 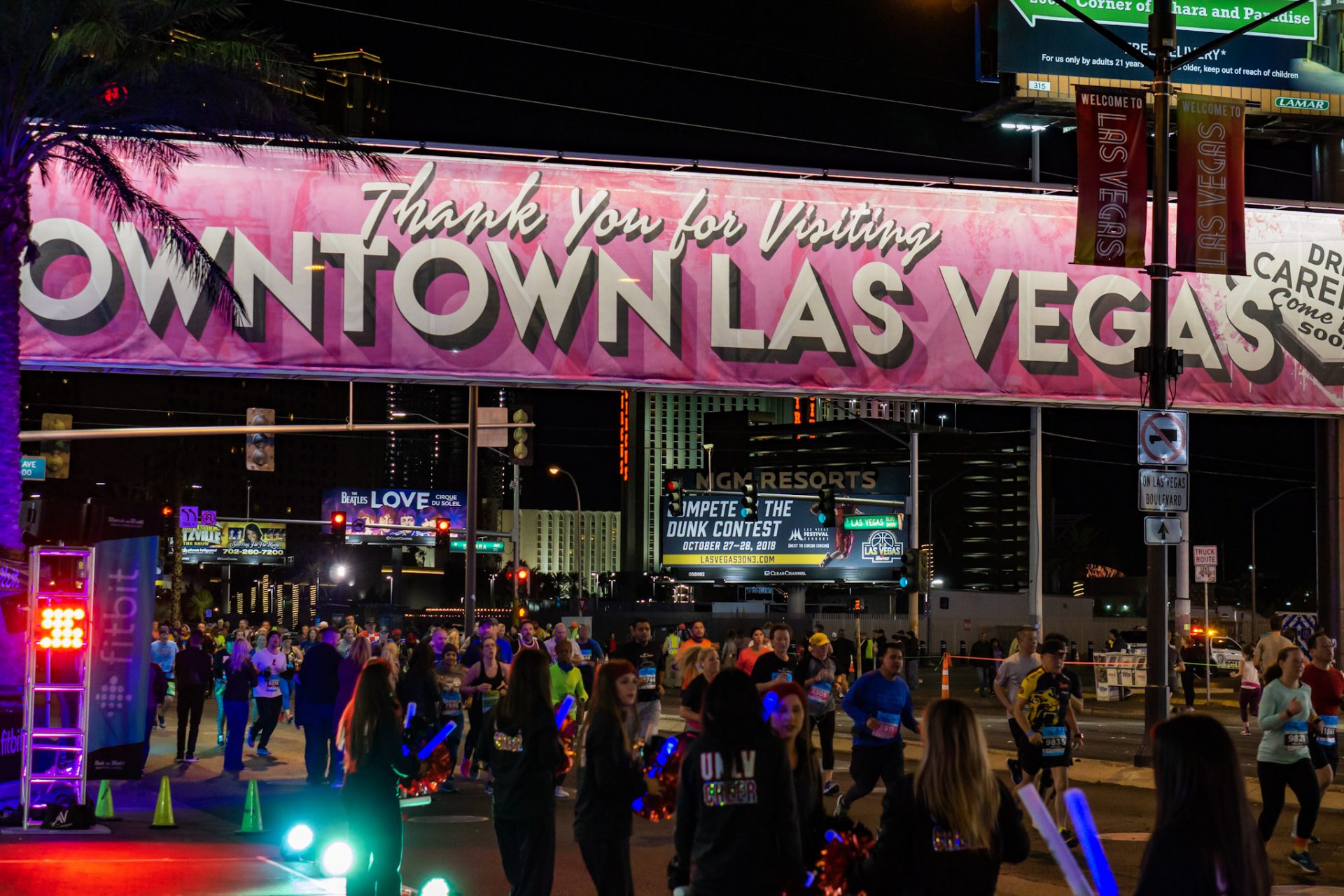 KISS “End of the Road” at Laughlin Event Center

When the founders of rock-n-roll demand the best they call AV Vegas, the name behind the show.

After an epic and storied 45 year career that launched an era of rock n roll legends, KISS announced that they will launch their final tour ever in 2019, appropriately named END OF THE ROAD.